The mosquito-borne Zika virus is setting up to be a serious health risk to the United States once the weather turns warm, so it's worthwhile to take action now.

First discovered in the 1950s, Zika recently began spreading across Central and South America, with many cases emerging in Brazil. The disease is likely linked to an increase in birth defects in Pernambuco, Brazil, where, as of December 5, 2015, there had been 1,761 suspected cases of microcephaly. Due to increasing numbers of Zika infections in areas where it is currently warm, the United States is preparing for its upcoming impact.

As the weather warms across the U.S., mosquitos will begin to breed in standing water and increase the potential for infections. While NYC does have mosquitos, only the Aedes variety are responsible for transmitting the Zika virus, and have not historically been present in NYC, but did show a rapid expansion in a CDC study from 2001.

If infections begin to spread, there will likely be action taken to quell the Aedes population. Previous preventative spraying for mosquitos should be effective, as the same mosquitos that spread West Nile virus also transmit Zika. Always check with the NYC Department of Health for updates on any scheduled sprayings.

Symptoms of Zika disease include fever, skin rashes, irritation of the eyes, and muscle and joint pain, but any potential infection should be investigated by a medical professional immediately. Of special concern are pregnant women and those who have traveled to countries where Zika outbreaks are occurring. As of January 28, 2016, there have been three confirmed cases of Zika in NYC, but these cases are unlikely to spread as the weather is still far too cold to support mosquitos. Unlike 2015's bacterial outbreak of Legionnaires' Disease, Zika virus is not transmissible through the air, but is transmitted by mosquito bites.

We've survived Bird Flu, Ebola, and a few hurricanes over the years, but it may be worth adding one of these do-it-yourself mosquito traps to your bedroom for Summer 2016: 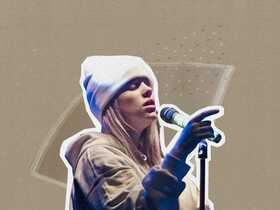