Police Commissioner Bill Bratton announced his resignation today, to take effect September 16, 2016, and will be leaving in the midst of high approval numbers revealed in the latest Quinnipiac poll.

Of the 1,310 New York City voters surveyed, Bratton received a 57% favorable job performance score, with 60% of respondents approving of the job the NYPD has been doing city-wide. Local policing received even higher ratings, with 69% approving of the job NYPD officers do within individual neighborhoods. As a counter-point, there is a significant racial divide between on questions involving police: Concerning the way NYPD are doing their job, the approval rating is 80% for White respondents, 32% for Black respondents. When narrowed down to the local level, responses were 84% positive from White respondents, 49% from Black respondents.

In addition to survey data, crime data supports improvements under Bill Bratton's watch. Using the data for the "seven major" felonies [PDF link], NYPD data shows citywide crime decreasing immediately upon Bill Bratton's appointment as Police Commissioner in 2014, stemming what had been a gradual increase over the past four years.

Upon Bratton's resignation, Chief James O'Neill will step up as Commissioner and Bratton will join global advisory firm Teneo.

Central Park's Great Lawn was originally a reservoir of fresh water for the city's water supply system. In 1931, it was filled in with material excavated from Rockefeller Center and the Eighth Avenue subway 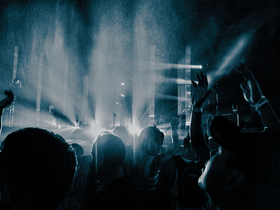