AGBC is more than just a news website — It also automatically checks MTA data before morning rush hour and sends out notifications if there are delays on any subway lines, LIRR or MetroNorth trains, and bridges and tunnels. Follow @agreatbigcity on social media to receive the alerts.

Weather for the week ahead:
Rain through Thursday, with high temperatures rising to 84°F on Saturday.

Thanks for listening to A Great Big City. Follow along 24 hours a day on social media @agreatbigcity or email contact@agreatbigcity.com with any news, feedback, or topic suggestions. Subscribe to AGBC News wherever you listen to podcasts: iTunes, Google Play, or Spotify, TuneIn Radio, Overcast, or listen to each episode on the podcast pages at agreatbigcity.com/podcast. If you enjoy the show, subscribe and leave a review wherever you're listening and visit our podcast site to see show notes and extra links for each episode.

Intro and outro music: 'Start the Day' by Lee Rosevere — Concert Calendar music from Jukedeck.com — Manhattanhenge music: "I Hate Him So Much" by Anonymous420

The highest natural point in Manhattan is in Bennett Park in Washington Heights, at 265 feet above sea level 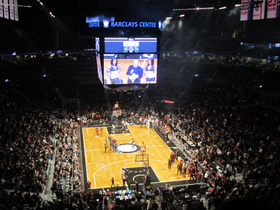