AGBC News Episode 47: Halloween Events in NYC and the MAGA Bomber is Captured

AGBC is more than just a news website: Our fireworks page monitors the city's announcements of upcoming fireworks, lists them on our site, and automatically sends out a notification just before the fireworks begin, so that you can watch the show or prepare your pet for the upcoming sounds of explosions. Visit agreatbigcity.com/fireworks to see the full calendar and follow @agreatbigcity on social media to receive the alerts.

Weather for the week ahead:
Rain on Sunday through next Thursday, with high temperatures falling to 58°F next Thursday.

Thanks for listening to A Great Big City. Follow along 24 hours a day on social media @agreatbigcity or email contact@agreatbigcity.com with any news, feedback, or topic suggestions. Subscribe to AGBC News wherever you listen to podcasts: iTunes, Google Play, or TuneIn Radio, Player FM, Overcast, or listen to each episode on the podcast pages at agreatbigcity.com/podcast. If you enjoy the show, subscribe and leave a review wherever you're listening and visit our podcast site to see show notes and extra links for each episode.

A lower level was added to the George Washington Bridge 30 years after it opened, and is nicknamed 'Martha', after First Lady Martha Dandridge Washington 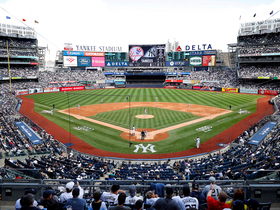