The NYPD seeks the public's help locating the woman they say may be responsible for a January 16th attack.

The woman pictured in security footage is wanted for questioning in an attack at the 14th Street and Seventh Avenue 1/2/3 subway stop, where a 37-year-old woman had bleach thrown on her around 12:35pm, burning her face. She was treated at a local hospital. Bleach can cause damage to the skin, but is unlikely to cause permanent damage at the concentrations commonly available as cleaning solutions.

Video posted by @SCOOTERCASTER on Twitter showed the aftermath of the attack, with an eyewitness showing bleach marks on his clothes and describing the confusing reaction of the victim, where she covered her face and ran, so that it was unclear what had just happened.

The attack is believed to have been random, and no information was provided about a possible interaction between the two women before the attack, which took place in the subway station near the ticket booth.

#Breaking A woman in the 14th street /7th Avenue station had bleach thrown in her face. A female perp fled the scene.
Police are searching for a suspect. The victim is being treated on scene.
Witness stated that bleach went into her eyes and she was taken away to the hospital. pic.twitter.com/v4O4JLPotc

Update: The NYPD announced that the suspect has been apprehended.

On Thursday, January 16, in an unprovoked attack, a female subject splashed bleach on a woman’s face at the West 14th Street Subway Station. Thanks to the public’s assistance, the individual was apprehended today. pic.twitter.com/jfdhDXcKpX

During the 2015 Street Tree Census, surveyors mapped 666,134 trees across every block of NYC 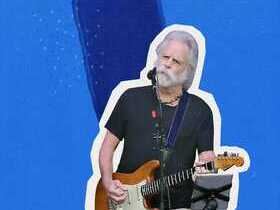