After an Uprising in Syria, New Yorkers Plan a Protest at the United Nations Headquarters 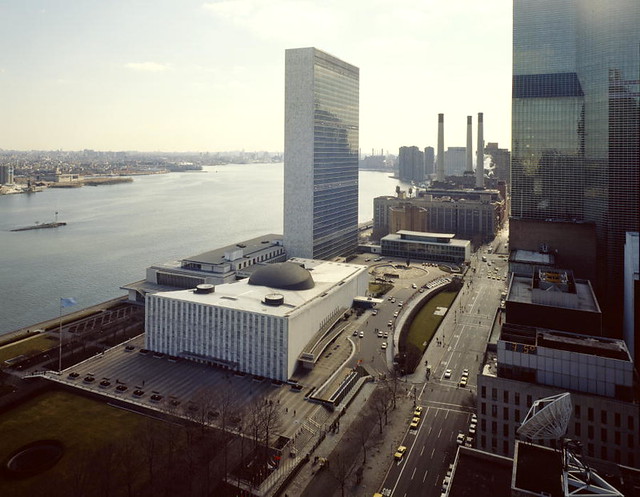 In response to the military attacks and protests that took place in Syria late Friday night, there will be a demonstration outside the UN Headquarters on Saturday morning at 9am.

A Pastebin currently circulating on Twitter outlines plans to meet at the U.N. where Syrian representatives hold an office.

“VERY IMPORTANT VIDEO: Anderson Cooper talks to a Syrian activist inside Homs who says the government is shelling the city and more than 200 have been killed in a few hours. Hundreds are injured with little to no medical help. Women, men, and children are being killed by the Assad regime in Syria.” ~ http://www.youtube.com/watch?v=hXmL21ONjVg

Police ask protesters to work with them if they have plans. twitter.com/Timcast/status…

Roughly 5 or 6 protesters at Syrian building, some independent press twitter.com/Timcast/status…

The Baruch Houses on the Lower East Side are the largest NYCHA development in Manhattan, with 2,391 apartments