Barricades Are Removed on Wall Street 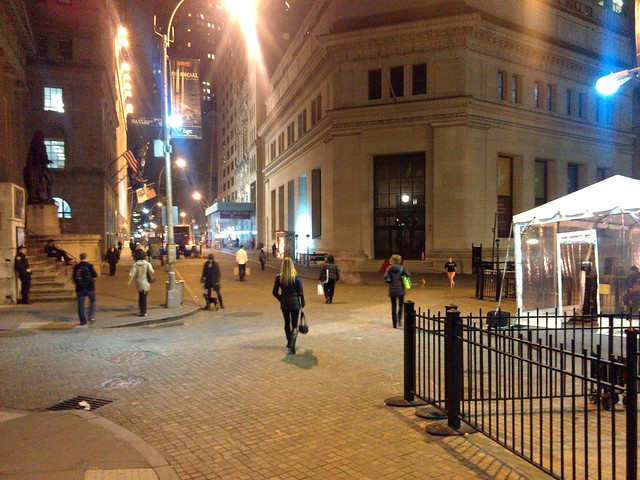 The intersection of Wall Street and Broad Street, barricade free (via A Great Big City)

How long have the NYPD barricades been removed from Wall Street? They were nowhere in sight late Monday night, and there was no indication that the removal was only temporary – unlike Zuccotti Park, where Brookfield Properties keeps the barricades close at hand.

If you have info on how long the barricades have been removed, or what prompted the NYPD to remove them, leave a comment below.

Compare Monday’s wide-open intersection to the way Wall Street looked previously, when it was barricaded off and had mounted police patrolling the area:

The last time there was any modification of the barricades was in November, when Senator Squadron and other officials urged the city to move the barricades after local shops suffered a drop in business, but the barricades were back up within hours, albeit with a new passageway from Wall Street across to Broad Street.