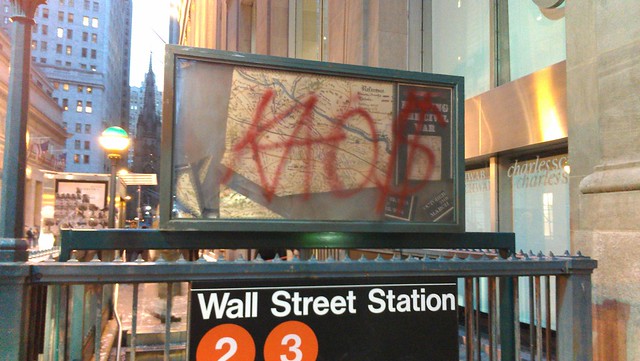 On Saturday, the Dark Knight himself descended on Wall Street – Filming for the new Batman movie closed down Wall Street for most of the day.

The scenes filmed on Wall Street involved large crowds, simulated gunfire, fake snow, and all the advertisements in the area being covered up with fake revolutionary flyers and graffiti. 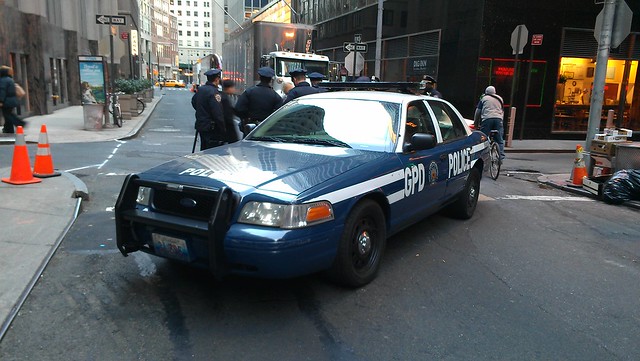 The Gotham Police Department cars have been seen quite frequently, and they were also stationed around Wall Street. Since no new Crown Victorias are being produced, these Gotham PD cars were actually de-commissioned police cars, with some of the original interior remaining. 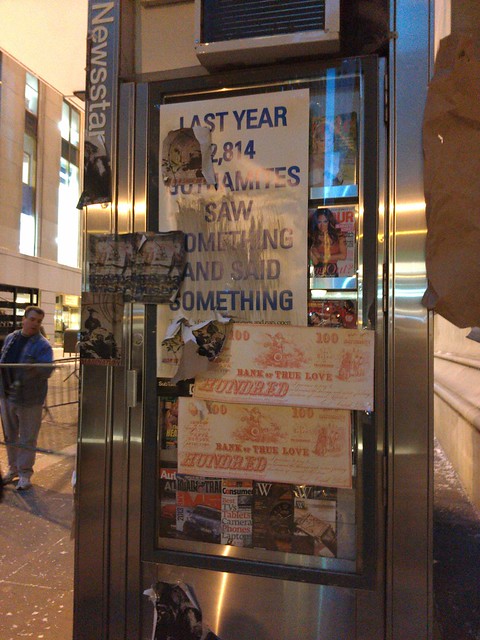 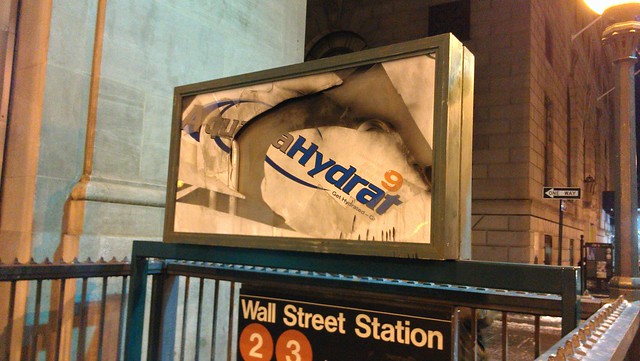 Fake advertisement and revolutionary flyers were used to cover up the normal features around Wall Street. 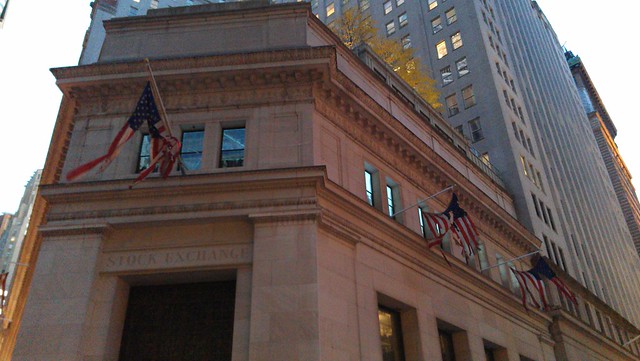 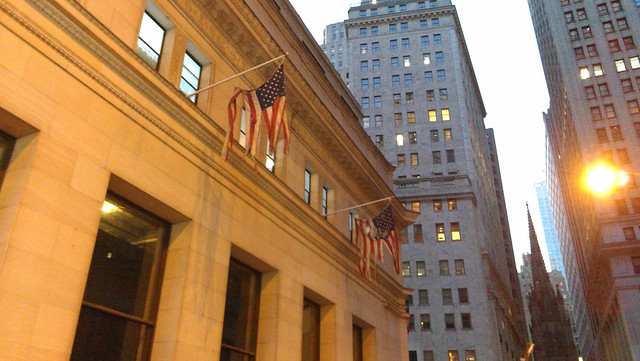 Most strikingly, there were tattered American flags hanging from 40 Wall. 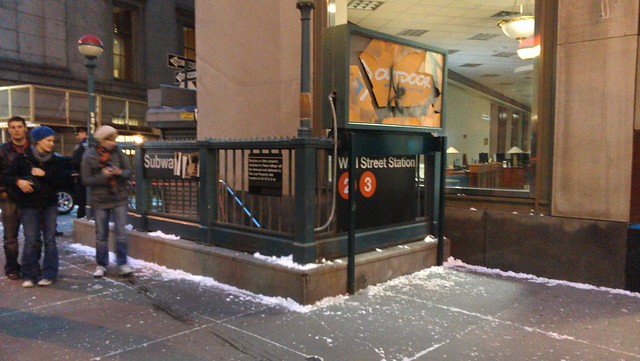 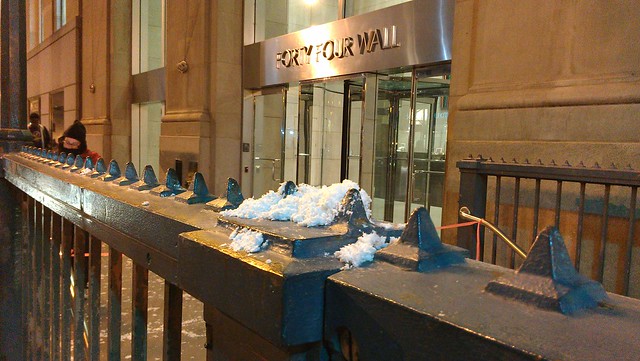 Fake snow, which felt like shredded paper or paper pulp, was spread around the Wall Street area using large fans.

View the full slideshow of the photos below: