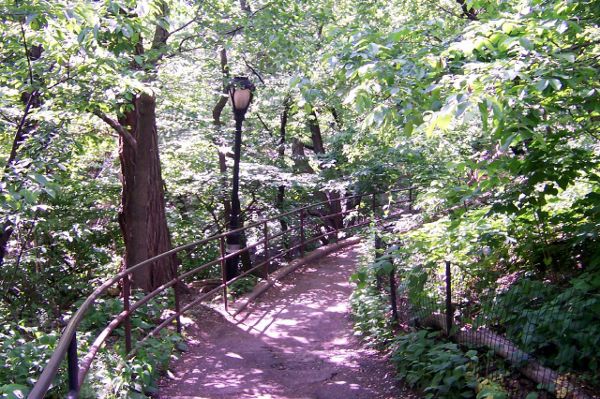 Path through Central Park’s ‘Bramble’ via Barry Solow on Flickr

The homeless man who raped a 73 year old birdwatcher in Central Park was caught fairly quickly, but the secluded area known as the ‘Ramble’ continues to put birdwatchers and ne’er-do-wells in close quarters.

In response, the city will offer free self defense training in Central Park featuring instructors from The Center for Anti-Violence Education. The class will take place at 2pm on October 7th at the North Meadow Recreation Center at 97th Street.

The City Council will also arrange future self-defense training sessions at senior centers on the Upper West Side, East Harlem, and Lenox Hill.

New York City's workers report an average commute of about 41 minutes, with 25% commuting over 60 minutes to work