Financial Troubles May Close Cake Shop on the Lower East Side 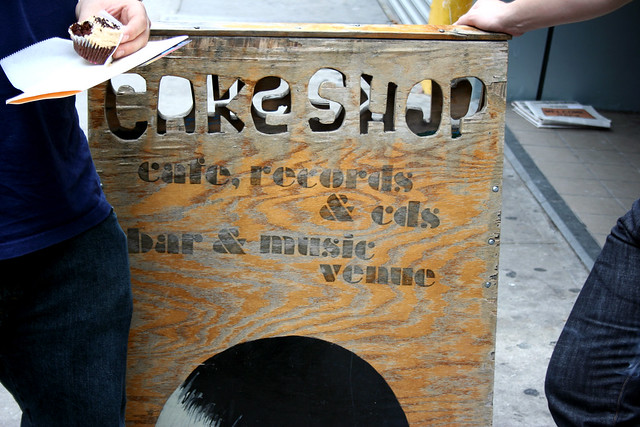 The Cake Shop has fallen on hard financial times, and the owners are racing against the clock to raise thousands of dollars to keep the club open.

Last month there were rumblings that things weren’t going well at the Cake Shop when the call went out that they had to raise $10,000 or face eviction. Apparently those fines and back taxes have only been growing since then, because now the music venue is facing an even larger bill that will be due by July.

In an attempt to pay off their debt, the Lower East Side venue has begun crowd-sourcing money from fans and supporters using PledgeMusic, a fundraising website typically used by musicians to raise money for tours and albums. There are a variety of pledge levels, which range from $10 for an exclusive mix tape all the way to your own private party at the venue and free drinks for life ($10,000 and $20,000 respectively).

The sweet spot seems to be around the $200 level, which will get you on the guest list of every show for the next six months.

Don’t let a beloved NYC indie rock venue fade away! Read more over at the New York Times, pledge on the fundraising site, and don’t forget to support Cake Shop the “old-fashioned” way, by going there to see a show!

Here’s Palomar performing at the Cake Shop in February 2012: