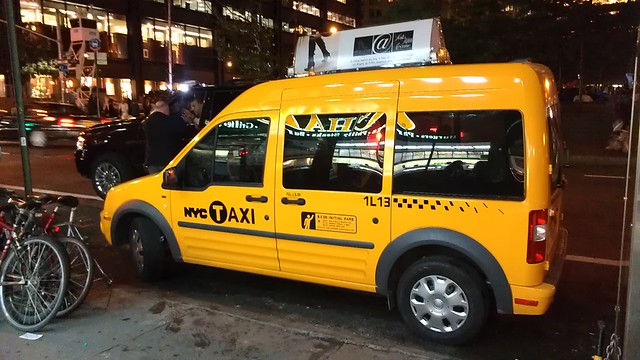 I had seen a few of the new Ford taxis zipping around town, but I was finally able to catch one long enough to take a some photos.

The Transit Connect is one of the new models chosen in the Taxi of Tomorrow contest, where three new vehicles were evaluated to replace the current favorite, the Ford Crown Victoria, which has ended production after a long run as the de facto vehicle for NYC taxis and police cruisers nationwide. 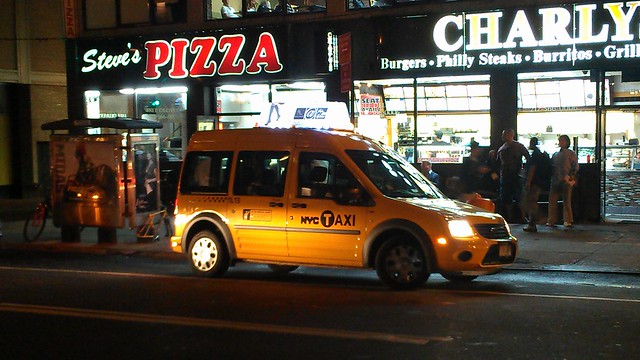 The Ford Transit Connect and Nissan NV200 will slowly become the dominant NYC taxis over the next five years as the current 13,000 yellow cabs are phased out.

Last week, @NYC911 on Twitter was able to catch one of the new Transit Connects in Brooklyn: Even more impressive, here’s another photo from @NYC911 that shows the taxis being transported to the city in August: For Transit Connect taxis in transit via @NYC911 on Twitter / NYBuff.org

The Red Hook Houses are the largest NYCHA development in Brooklyn, with 2,878 apartments