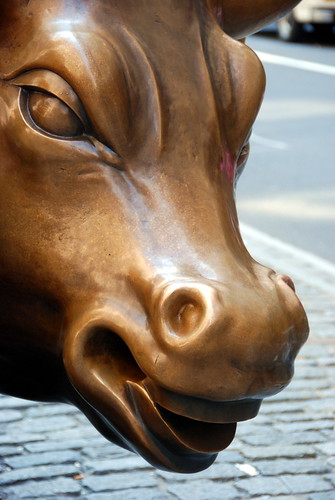 WSB smiles for his close-up via zuf1 on Flickr

Originally, the 7,100lb bronze sculpture, named “Charging Bull”, was dropped off near the New York Stock Exchange in the middle of the night on December 15th, 1989 as an act of guerrilla art and was left near the NYSE Christmas tree as a gift to the people of New York. Despite often being associated with Wall Street greed, the artist, Arturo Di Modica, intended the bull to represent the strength and power of the American people after the 1987 stock market crash. 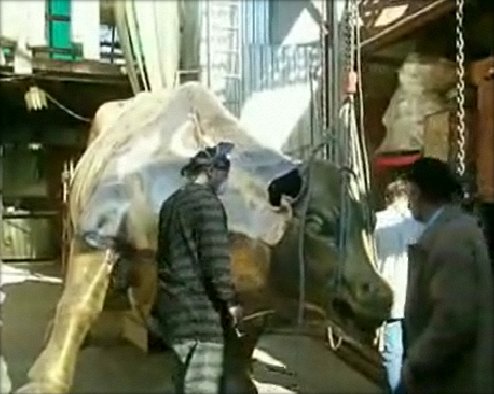 After two years of work at a total cost of $300,000 to the artist, the bull was finished, loaded on a flatbed truck, and dropped off downtown late at night in the middle of Broad Street near the New York Stock Exchange. However, the bull wouldn’t stay there long, as the NYSE hired a trucking company to haul it away and it was moved to a police impound lot because the artist had no permit to install the sculpture. By December 21st, the Parks Department decided to “temporarily” allow the bull to be displayed in their nearby Bowling Green Park, where the bull stands today. 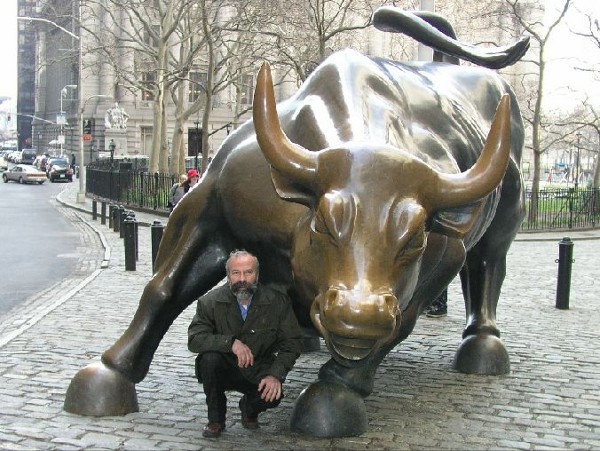 Of course, a lot has changed over the years, and now you can follow both The Wall St Bull and the NYSE Christmas Tree on Twitter!

There are 60 Brooklyn Public Library locations