In New Renderings, The 'World Trade Center Sphere' Finally Gets a Home 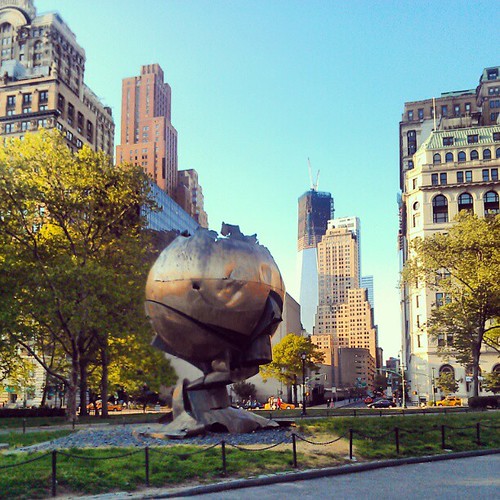 1WTC and the Sphere – seen from Battery Park

Eleven years after the attacks of 9/11, there are still quite a few unknown elements surrounding the construction of the new World Trade Center, but one popular request seems to have been finalized. Fritz Koenig’s Sphere for Plaza Fountain is shown once again standing on the World Trade Center plaza. 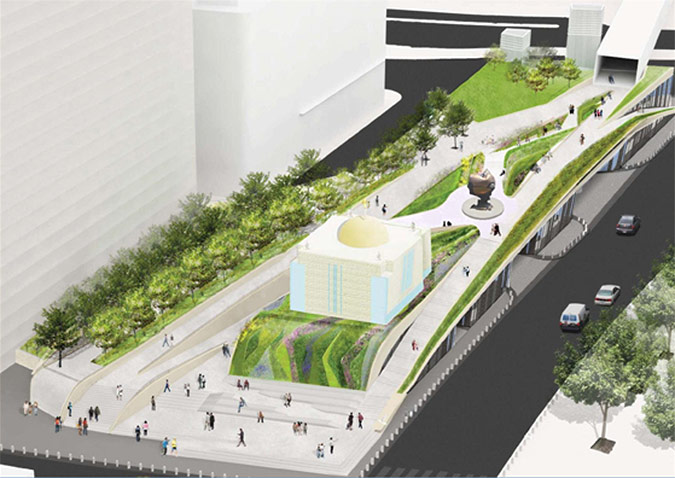 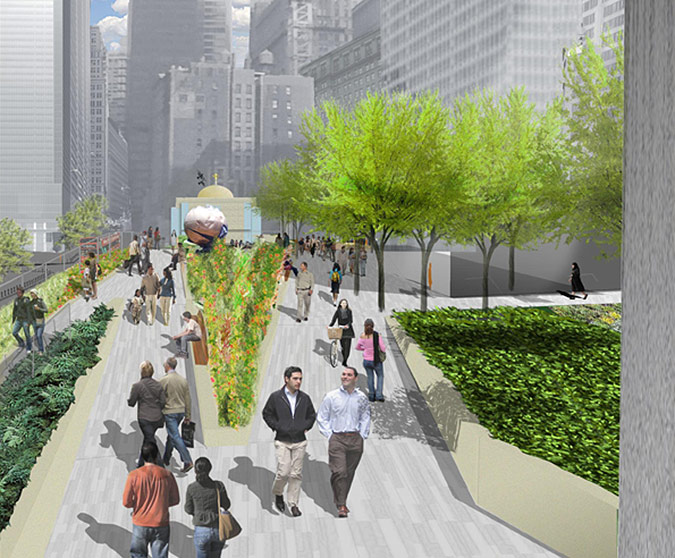 The sculpture is shown sitting in a plaza outside the new Greek Orthodox Church, south of Liberty Street, which sits above the Vehicle Security Center for the new World Trade Center complex. Its placement has been confirmed by Nicholas P. Koutsomitis, the architect of the new church.

Although it had been speculated that the Sphere would take a place on the new WTC Plaza, this is welcome news for anyone who has been waiting to hear the Sphere’s fate since May 2012, when the Port Authority began hinting that the piece of art would move from its temporary home in Battery Park, and possibly even be moved to a storage hangar at JFK airport. 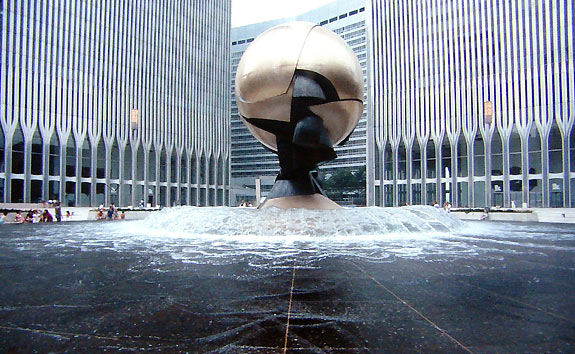 Sphere for Plaza Fountain as it appeared outside the Twin Towers – via nyc-architecture.com