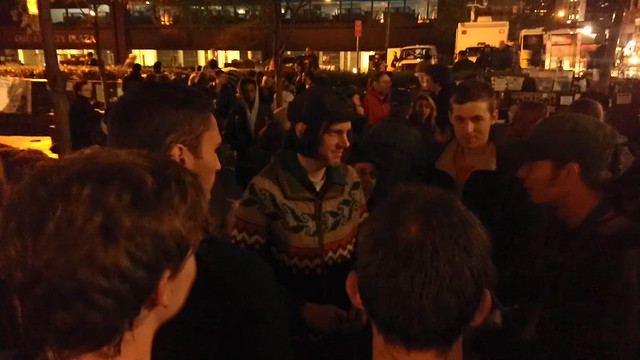 Jeff Mangum, lead singer of Neutral Milk Hotel, one of the most popular and mysterious indie rock bands of the last 20 years, showed up at Occupy Wall Street late Tuesday night to play an impromptu acoustic show for the protesters!

Watch video of the show, recorded live, as it happened:

Short clip of “In The Aeroplane Over The Sea”

Ghost and Song Against Sex

In The Aeroplane Over The Sea and King of Carrot Flowers, Pt. 1