The AGBC Halloween Guide 🎃 has up-to-date events from across the city! 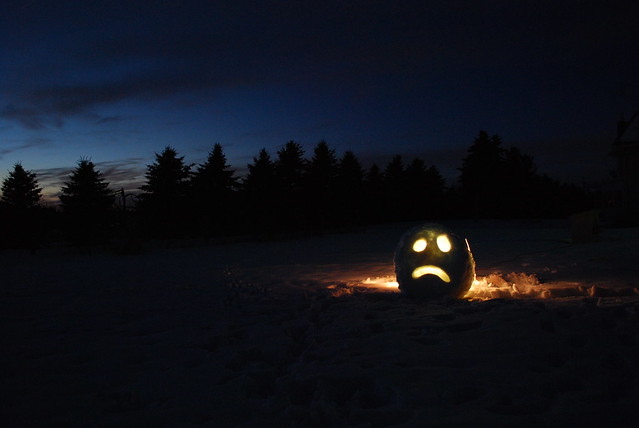 The New York City area is bracing for the first snow of the season, which is set to begin on Saturday October 29th. Are you seeing snow in your area? Leave a comment below!

Refresh the page to see the latest updates

Snow has been reported in many states south and west of NYC, with the storm currently moving through Philadelphia and NJ.

The NYC Office of Emergency Management has issued a Hazardous Travel Advisory:

The National Weather Service is forecasting a winter storm to arrive on Saturday afternoon. The storm could produce up to two inches of rain and as much as three inches of wet, heavy snow with sustained winds between 30-40 mph. Wind gusts of 50 mph or greater are also possible.

11:30 AM – Snow being reported within NYC! Dumbo; Upper East Side – are you seeing snow yet in your neighborhood?

How rare is October snow in NYC ? We’ve only had snow 18 times in October over the past 143 years. A trick, not a treat from mother nature – NY1 Weather 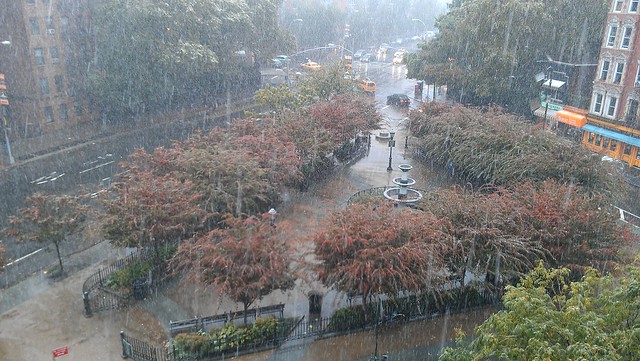 12:55 PM – The snow has mainly been wet and mixed with rain, so there is not much accumulation on the ground within NYC. Watch live video of the snow coming down (with emergency scanner audio!) from Emergency Stream

1:05 PM – Current snow predictions for the next 48 hours from The Weather Channel New York City’s favorite meteorological event, Thundersnow, has struck again! Just after 1pm, there were occasional faint rumblings of thunder over Manhattan, and at 1:30pm, there was a flash of lightning and a large peal of thunder!

Currently, there are finer snowflakes falling, which are mixing with rain and not accumulating in any way.

As the storm continues, the heavy, wet snow is causing problems in some areas. The National Weather Service released a Special Weather Statement warning of downed trees and power outages:

…Dangerous Travel Conditions…With Increasingly Widespread Downed Trees…Tree Limbs And Power Outages Expected Through 5 PM… Heavy Bands Of Wet Snow Will Continue To Affect The Area Through 5 PM…With Snow Fall Rates Of 1 To Possibly 2 Inches Per Hour. Embedded Thunder Will Also Be Possible. This Will Result In Dangerous Travel Conditions With Snow And Slush Covered Roads And Visibilities Reduced To 1/4 Mile Or Less At Times. Winds Will Also Be Increasing Through The Late Afternoon Hours To 15 To 25 Mph With Gusts 30 To 40 Mph…Highest Closer To The Coast. The Combination Of Strong Winds And Heavy Wet Snow On Trees With Partial Or Full Foliage Will Result In Widespread Damage And Power Outages. This Is A Dangerous Storm…With Non Essential Travel Not Recommended. Monitor The National Weather Forecasts For The Latest.

Please stay tuned to your local radio or TV Station for more information.

Previously, NYC was only going to be barely on the rain/snow line for this storm, but its trajectory has changed and the updates are coming in – now some areas have the potential for 6-10 inches of snow! 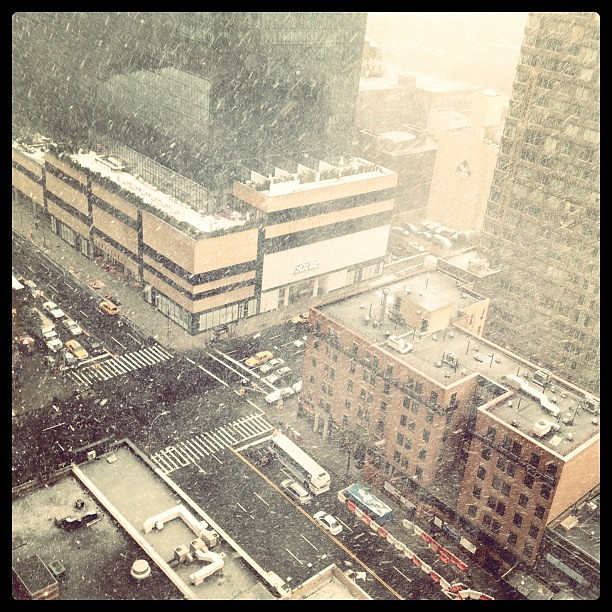 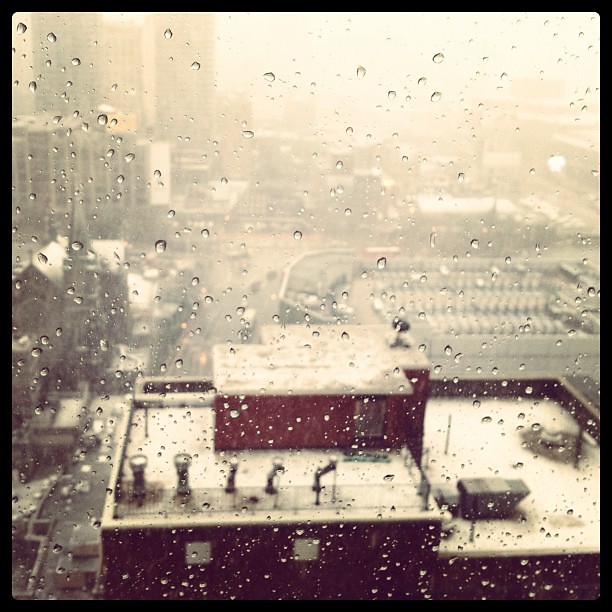 Snow coming down at Seventh Ave and Christopher St.

The storm mainly turned to rain and slush over Manhattan, with the Bronx and New Jersey getting hit hard with heavy snow and power outages. With the leaves still on the trees this early in the season, there was more potential for the snow to pile up and weigh down tree limbs, which lead to branches snapping and falling.

Central Park has recorded a snowfall of 1.3 inches, which is a new record for October! Check out the official National Weather Service announcement:

Hangman's Elm, or simply the English Elm, at the northwest corner of Washington Square Park is believed to be the oldest living tree in Manhattan, at more than 300 years old!