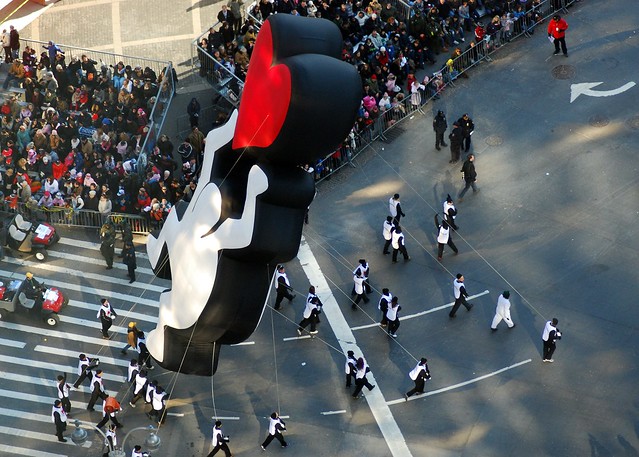 Macy’s Thanksgiving Day Parade rules the roost when it comes to holiday events in New York City – even if it’s mostly people from out of town who crowd around the balloons.

You can follow along with using the Macy’s Parade iPhone and Android app, where you can track parade participants, baloons, or floats and even use the in-app directory for more information on the parade and the surrounding area.

The parade route is as follows:

If you’re planning on viewing the parade from near Macy’s or one of the popular observation spots, be advised that Macy’s recommends showing up at 6:30am to claim your spot before the parade starts at 9am.

The inflation of the famous Macy’s Parade balloons takes place Wednesday evening, when the large balloons are filled and begin to lift off the ground in preparation for the big event. From 3pm to 10pm at the Museum of Natural History, you can stop by and see the Macy’s balloons being inflated!

Can’t make it to the parade? Check out NBC New York or your local NBC station, which will be carrying live coverage of the parade beginning at 9am.