After having been shuttered on July 18th over health code violations, Mars Bar’s final descent into history began this afternoon. Workers have started chipping away at the exterior and pulling out the red concrete blocks which have been a mainstay at the corner of First Street and Second Avenue since the 1980s. 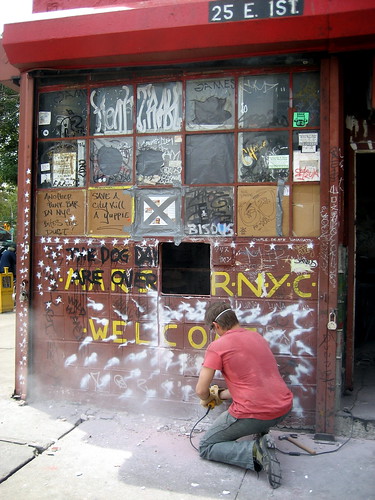 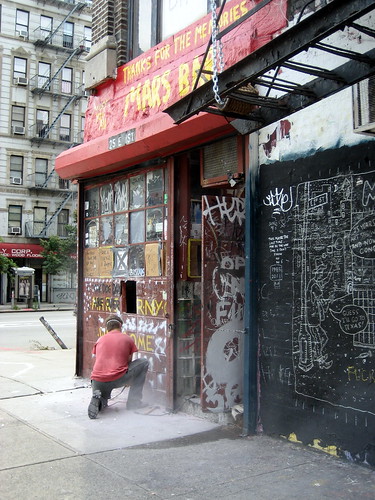 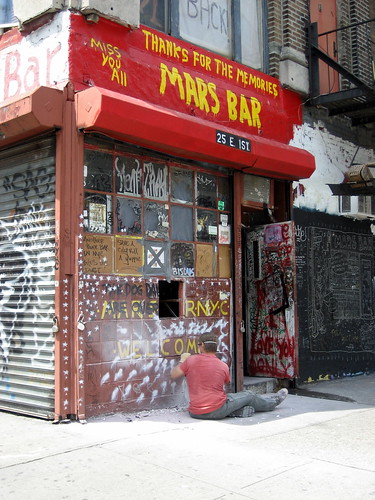 Since the blocks are being taken out individually, they may even end up as souvenirs!

Last Days of the Deadbeats

A Look Inside Mars Bar

The End of Mars Bar and Its Surprisingly Artistic Life

The MTA system covers 665 miles of mainline track, enough for a train ride from Times Square to Tennessee!