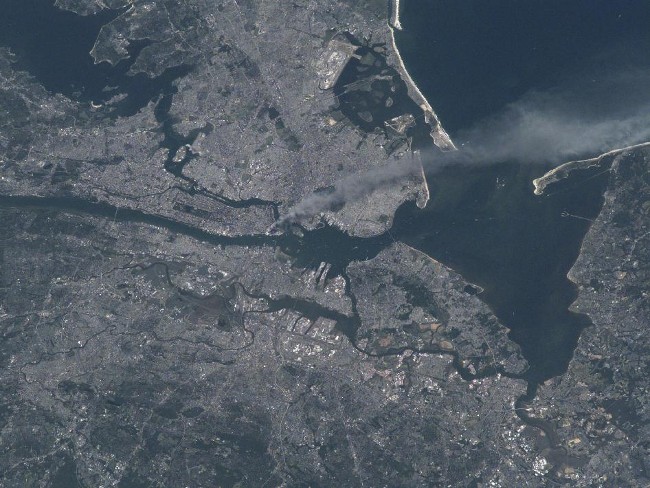 NYC from space via NASA

NASA’s featured image for the eleventh anniversary of the September 11th attacks gives a new perspective to the attacks, showing the extent of the smoke plume after the attack.

Visible from space, a smoke plume rises from the Manhattan area after two planes crashed into the towers of the World Trade Center. This photo was taken of metropolitan New York City (and other parts of New York as well as New Jersey) the morning of September 11, 2001. “Our prayers and thoughts go out to all the people there, and everywhere else,” said Station Commander Frank Culbertson of Expedition 3, after the terrorists’ attacks.

Head over to the NASA site for a larger photo with more info and read the Atlantic’s story of Frank Culbertson’s experience.

Previously on A Great Big City: Aerial photographs of the World Trade Center before and after September 11th.

NYC has about 8.6 million residents, with 20 million total in the surrounding area