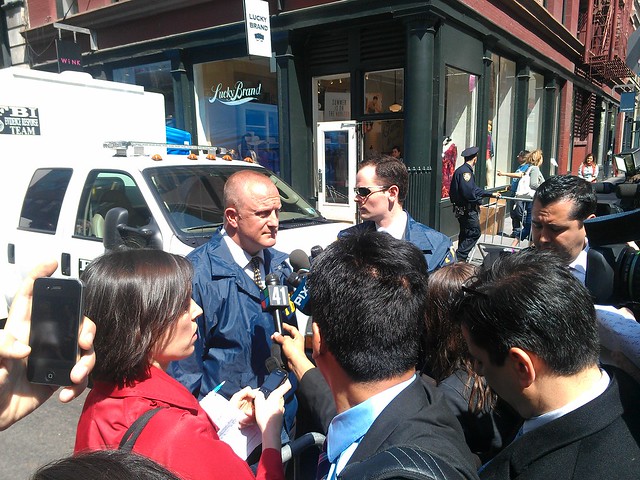 FBI speaking to the press at Prince Street and Wooster Street

Early Thursday morning brought the FBI and NYPD to SoHo as they chased a new lead in the 1979 disappearance of Etan Patz. 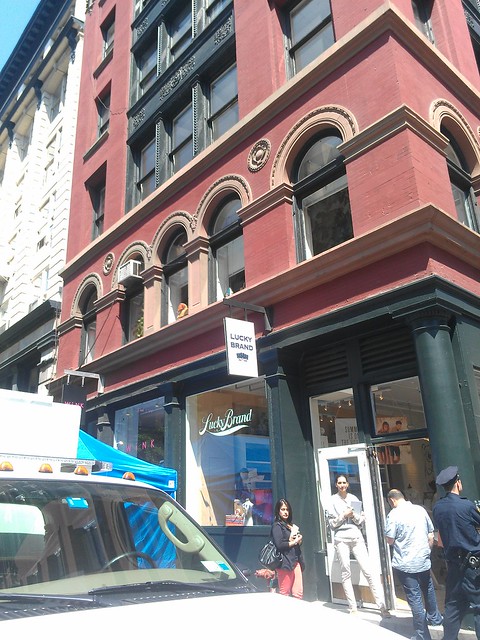 A cadaver-sniffing dog had recently identified the basement of the building above as possibly containing human remains, which led the FBI and NYPD to search the scene for evidence. 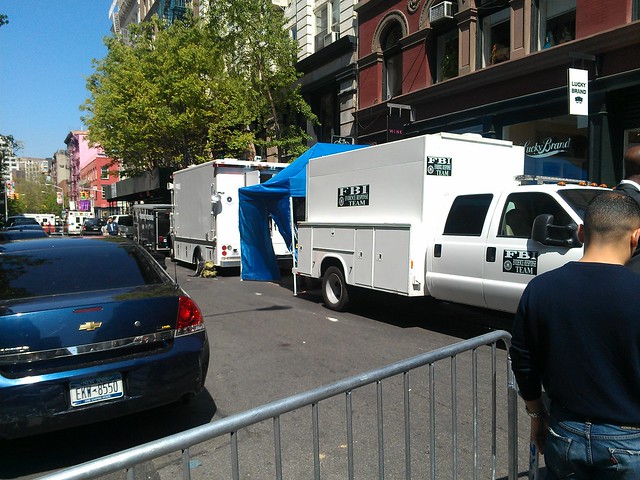 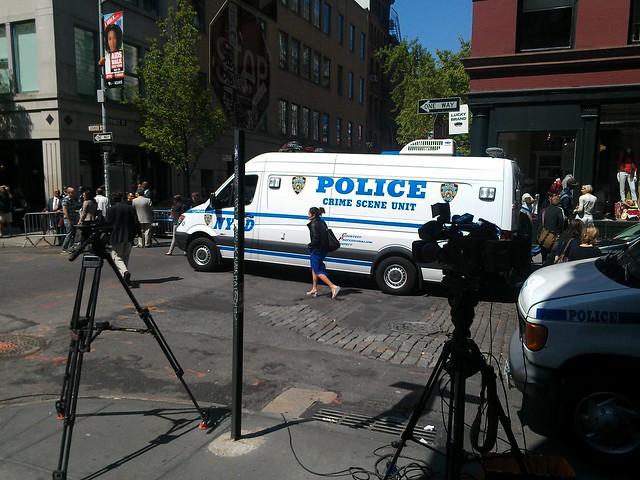 Officials at the scene said the area they were searching was a staircase that led down to a small basement area partially under the building. They would be tearing down drywall and breaking up the concrete basement to search for both human remains and clothing that may have belonged to Etan Patz.

Some background information on the disappearance of Etan Patz in 1979:

On the morning of Friday, May 25, 1979, 6-year-old Etan Patz put on his prized blue captain’s hat and left his SoHo apartment by himself, for the very first time, to walk the two blocks to catch the school bus. He did not reach the bus stop.

When he did not return home from school at 3:30 that afternoon, his mother reported him missing. An intense search, using nearly 100 police officers and a team of bloodhounds, began that evening and would continue for weeks. Various circumstances surrounding this case, such as it being Etan’s first time outside alone, made it a high-profile, media-driven case.

An official on the scene said that FBI and NYPD investigators would be at this SoHo location for the next five days.