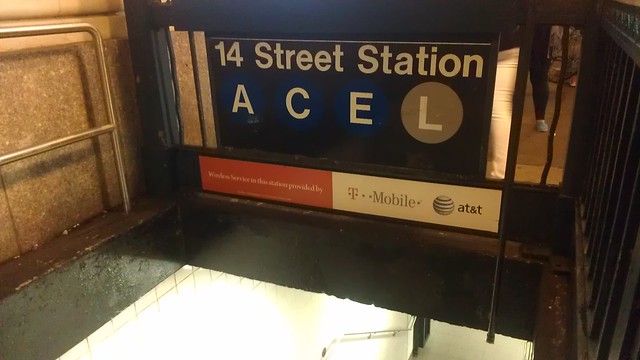 Earlier this week, cell phone service launched on six subway platforms as the first part of the program to bring cell phone service to the entire MTA system. Check above the entrance as you walk down the stairs – New signage, shown above, is installed at the stations that are part of the pilot program, and lists the service providers that are active in the station (The initial six stations currently only have AT&T and T-Mobile service).

However, the signs are corrugated plastic which is only glued to the subway entrances, and this sign at Seventh Ave and 14th Street had already fallen down and been placed aside: 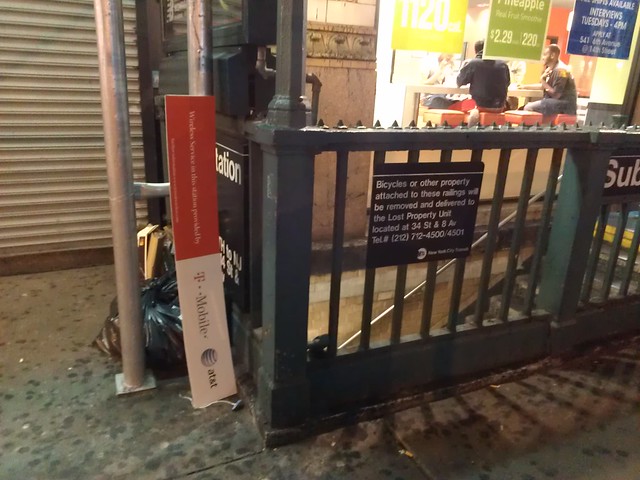 The signs direct people to visit the Transit Wireless website, which is the company formed to bring cell phone service to all MTA stations. The site contains info on the rollout, the projected timetable for the project, and even technical details of how the system works.