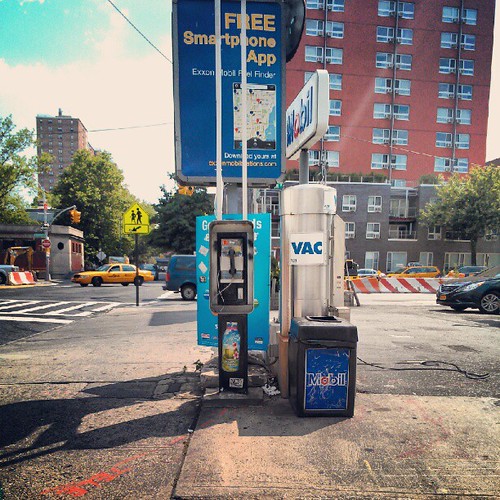 A not-so-wireless payphone kiosk in the East Village

Free internet access may soon be as close as that old payphone on the corner.

The City has launched the first ten locations in its effort to turn payphone kiosks into wireless hotspots. The list of hotspots is available on the NYC.gov Tumblr and includes these Brooklyn, Queens, and Manhattan locations:

Are you near any of the hotspot locations? Give one a try and let us know how it works! AGBC is headed to SoHo to try the one at 402 West Broadway, and we will update with our experience.

[Update] – Putting the Wi-Fi to the test! 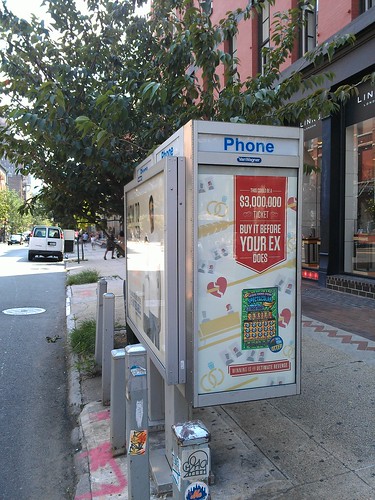 Wi-Fi payphone in SoHo at West Broadway and Spring

There it is, the new Wi-Fi enabled payphone kiosk! It doesn’t look any different than the other thousands of payphones around the city, except for one tiny modification – an antenna on top. 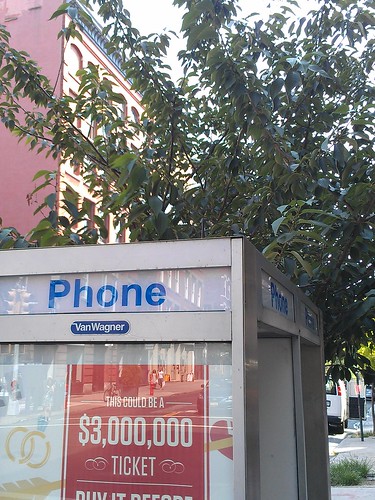 Antenna on the top of the payphone kiosk

Can you see it? There in the middle of the photo, protruding from the top of the kiosk, is the small black antenna that powers the free city Wi-Fi.

Connecting to the Wi-Fi, however, can be a bit confusing. The SoHo access point was simply called “Free WiFi” and made no mention of NYC. Once you connect to “Free WiFi”, it takes you to this site by NetNearU wireless (when accessed via the hotspot, the page will show a terms of service page that you have to agree to before connecting to the Internet). Once you accept the NetNearU terms of service, you are redirected to a mobile-enabled NYCgov page, which is the first time during the process that you find out you’ve connected to the NYC-provided wireless signal, and not one of the other four or five open networks that were visible in the area.

The speed was fairly slow, even just to load the NetNearU log-in page, and that specific corner in SoHo, with its eyewear stores and boutique shops, was less than ideal for camping out with a laptop and getting some work done, but hopefully this city-sponsored trial of Wi-Fi hotspot payphones will grow and improve.

Do you have ideas on how to use city payphones? The NYC Department of Information Technology and Telecommunications is seeking proposals on how to modify existing payphones to be used for other communications services (PDF link).

If you can’t make it to your local payphone, try out free Wi-Fi in NYC parks or try your luck and click on one of those 8coupons / Towerstream Wi-Fi hotspots across Manhattan!