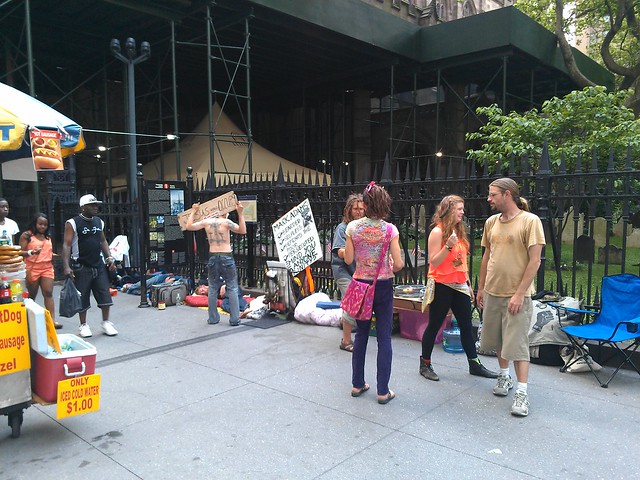 Six o’clock on a Thursday – Occupy heads to D.C., but a few members of Occupy Wall Street hold down the sidewalk.

With most of what’s left of Occupy headed to a rally this week in Washington D.C., there is still a small group left outside Trinity Church, at Wall Street and Broadway. 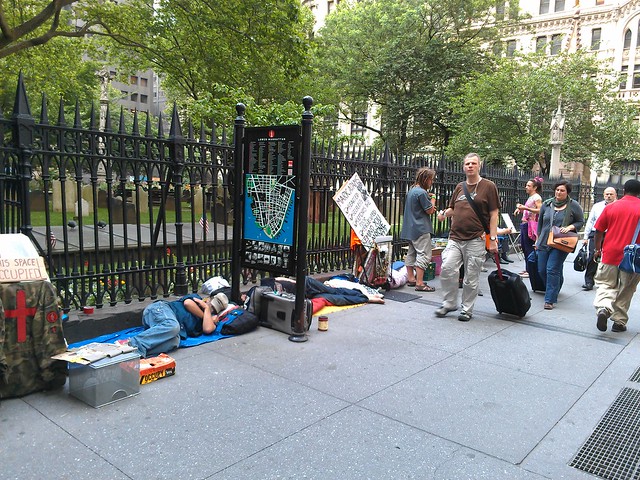 Nine Occupiers were at the church on Thursday – protesting the guilty conviction of Occupy Wall Street members during a December 17th trespassing on Trinity Real Estate property. The 24-hour encampment is what Occupy calls a “sleepful protest” and is meant to draw attention to the guilty verdict against all eight protesters, including a 45-day jail sentence for one protester for attempting to use “burglar’s tools” to enter the property. 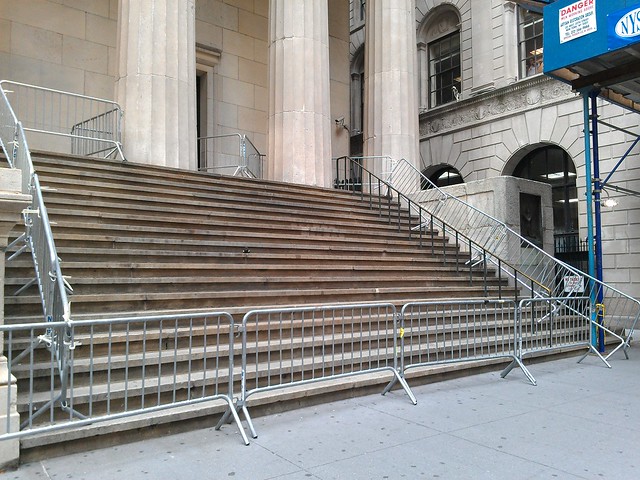 In contrast, the photo above is the “First Amendment Area” at Federal Hall, which was constructed in April to accommodate Occupy Wall Street and was previously home to a smattering of Occupy protesters, but has since largely been abandoned.

Even the micro-camp at Pier 11 under the FDR was empty on Thursday, its Occupants having moved on.