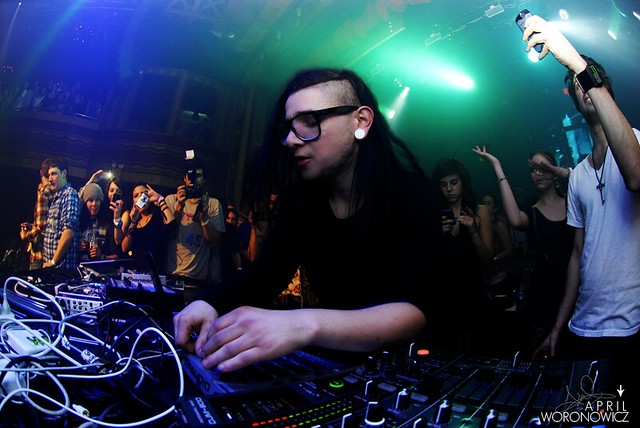 Skrillex at Webster Hall in 2011 via ripflash on Flickr

If you’re hearing rumblings in the Village tonight, it’s not subway construction, it’s the massive bass of Skrillex seeping out of Webster Hall! The dubstep poster boy is playing tonight with AC Slater and Alex English.

Want to check it out? Tickets are $45 (!) and you’ll have to manage a neat and trendy appearance to go along with your half-shaved head and dreadlocks. For us mere mortals, take a stroll down 11th Street tonight at 11pm and experience what a line of Skrillex fans looks like.