Skywriting Over Manhattan - Kim Beck's "The Sky Is The Limit / NYC" 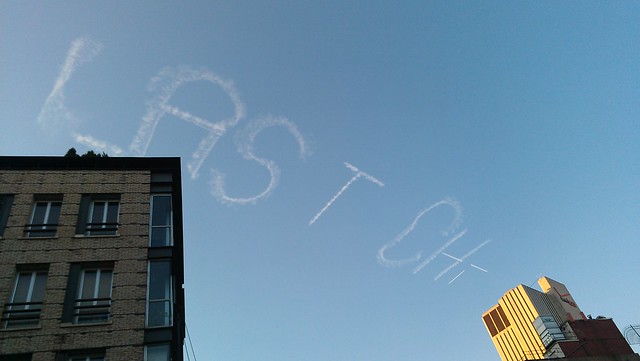 “LAST CHANCE” being written in the sky over Manhattan

All eyes were on the sky over Manhattan today, as a skywriter slowly etched out some cryptic messages with acrobatic precision. The curious phrases were part of an art project by Kim Beck called “The Sky Is The Limit / NYC” and was sponsored in part by Friends of the High Line.

The production began at 4pm and the last message was written at 6:15pm. In an interview with City Room, Kim Beck explained the meaning behind the three phrases that were written in the sky:

“They’re advertising messages that are no longer advertising anything specific,” Ms. Beck said. ” ‘Lost Our Lease’ can speak to the feeling of being exhausted, and ‘Last Chance’ is everything coming to an end. ‘Now Open’ means something else as well.” – City Room – ‘Art Is Fleeting, at Least When It’s in the Sky’

Watch “LAST CHANCE” being completed in the sky over Manhattan 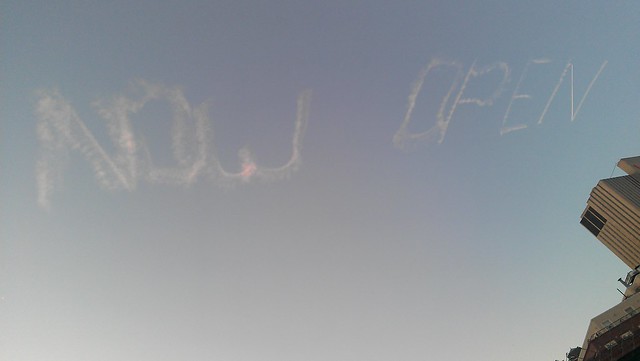 “NOW OPEN” is freshly completed, but already fading away

The project caused quite a stir, since the messages could be seen from all across the city, and nearly every street corner with a clear view of the sky had pedestrians pausing to look up and watch the pilot dive and turn high above the city to sketch out the letters against the clear, cloudless sky.

The High Line’s page about the project