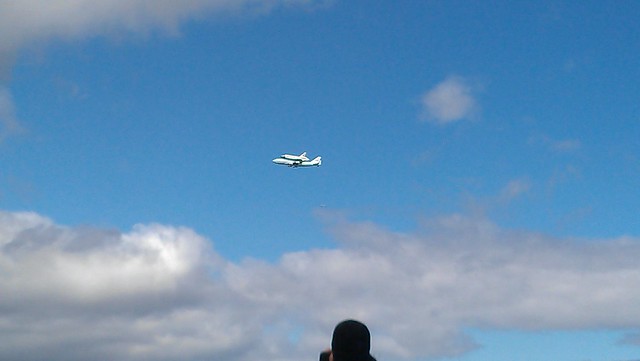 Spotting the Shuttle from Pier 45 on Manhattan’s west side

The Space Shuttle Enterprise flew above the Hudson this Friday on its way to JFK and, eventually, the Intrepid Sea, Air, and Space Museum. 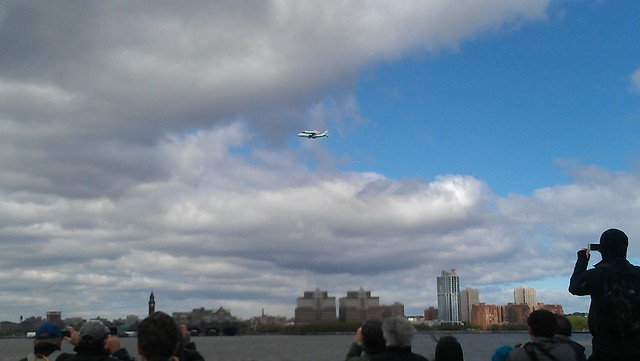 Originally scheduled to fly to the city on Monday, the flight was delayed until Friday, and it was a spectacular, clear day (but a bit cold and windy!) for watching the flight.

The modified 747 with Space Shuttle Enterprise attached to it flew low over the Hudson River with a T38 jet following close beside. People were gathered along the water in Manhattan and New Jersey and others were looking across the horizon from taller buildings that had a view of the flight path.

After spending a few months in a hangar at JFK Airport, the Shuttle will be floated on a barge over to the Intrepid Museum this June, when it will be placed in a temporary climate-controlled pavilion. 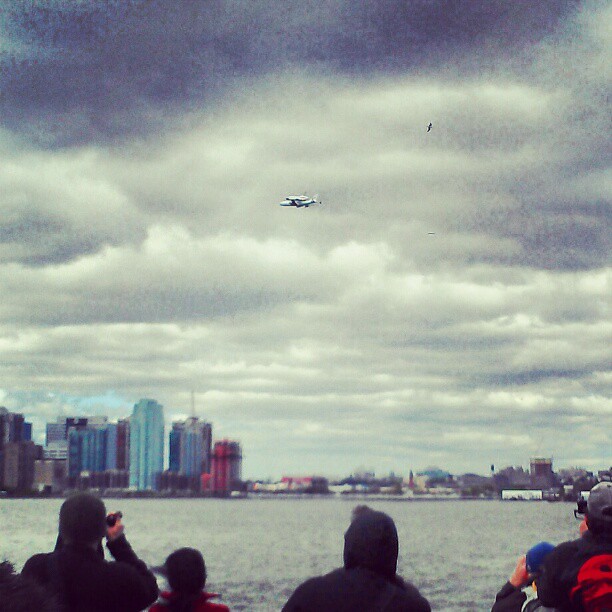 The two lions standing guard outside the NY Public Library's main branch building are named Patience and Fortitude, named by Mayor Fiorello LaGuardia in the 1930s