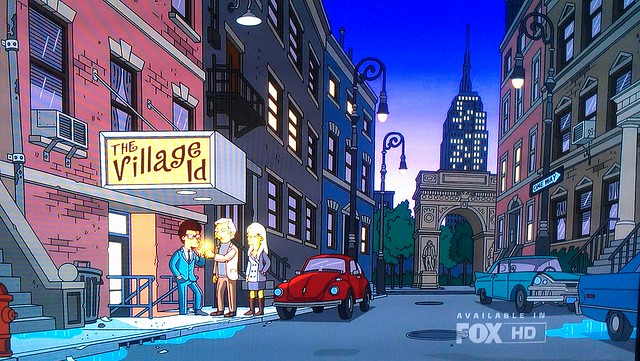 Here’s a scene from The Simpsons episode “The Ten-Per-Cent Solution”, where a flashback took the show to the Greenwich Village of the ’60s!

The view would theoretically be looking north with the characters shown outside “The Village Id” (The Comedy Cellar?), with authentic Bishop Crook lamp posts, the Washington Square Park arch, and the Empire State Building in the background.

Later in the episode, we see two more locations: Krusty the Clown stays at the “Clown Plaza Hotel” (Crowne Plaza Hotel) and “The Off Off Broadway Deli”. 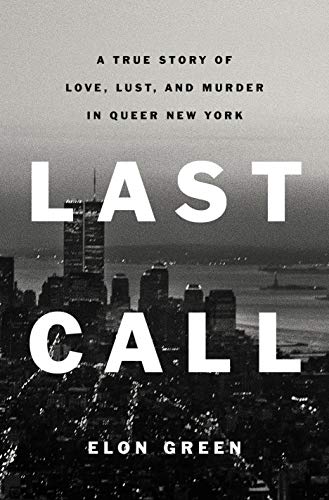