The Wikileaks Truck is For Sale 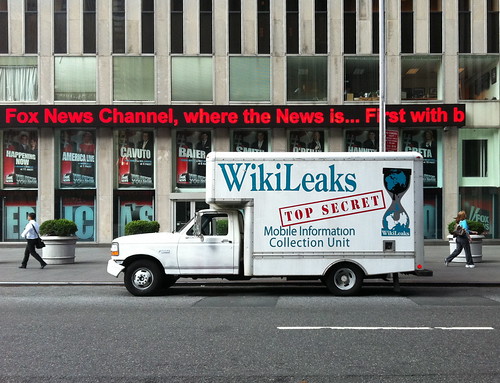 One of the most visible and constant symbols of Occupy Wall Street is up on the auction block! The Wikileaks truck, which is a mobile art project by Clark Stoeckley, has been put up for sale on eBay with bids starting at $7,500:

The WikiLeaks Truck is for sale. r.ebay.com/S39xS9


Stoeckley later followed up on the announcement by saying that he wants to sell this first truck to make even more Wikileaks trucks:

<a href="https://twitter.com/mikedelic">mikedelic</a> My plan is to sell this one to fund more WikiLeaks Trucks. This one will always be the first.</p>— Art Superheroes (WikileaksTruck) January 3, 2012


Will you place a bid? It’s your chance to own a piece of history, and you even get to keep the tiny toy piano in the back!