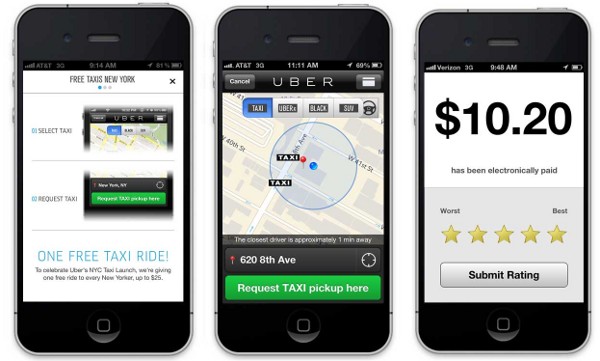 Uber has been providing private towncar service to NYC since May of last year and is now trying to move into the yellow taxi market, but legal and regulatory problems may hold back the deal.

On September 5th, Uber made a push to roll out its yellow taxi app with a promotional deal to provide a week of free taxi rides, but a statement released today by the Taxi and Limo Commission (PDF link) outlaws the app’s use.

The TLC makes it clear that “it has NOT authorized any electronic hailing or payment applications for use in New York City taxicabs.” The issues raised by the TLC concern the collecting of fares, proper documentation of any tips received, and the possibility that drivers may be using a mobile device while operating their cab, which is prohibited.

In response, the Mayor’s office posted this tweet shortly after the TLC press release:

We are excited about taxi apps and working to make them legal soon. (Current contracts restrict use of apps for yellow cabs.)


A Great Big City has reached out to Uber for comment and will update the story with their statement as to their plans on how to proceed and whether the “free taxi ride” promotion is still valid.