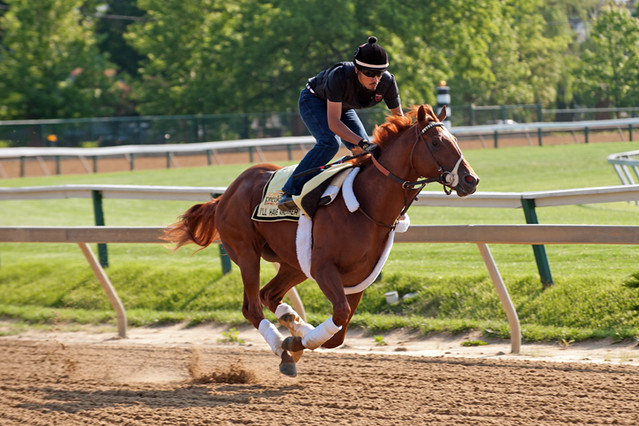 ’I’ll Have Another’ in preparation for the Preakness Stakes, which it went on to win

This weekend, the Triple Crown won’t go to ’I’ll Have Another’, since an injury has taken the horse out of the race.

On Dan Patrick’s Friday radio show, ’I’ll Have Another’ trainer Doug O’Neill announced that a worsening injury would prevent the horse from racing on Saturday.

“I’ll Have Another is officially out of the Belmont,” O’Neill said.

’I’ll Have Another’ was previously the favorite to be the 12th Triple Crown champion after taking first place at the Kentucky Derby and Preakness Stakes.