A Great Big City is coming up on two years of covering NYC news! The @agreatbigcity Twitter account began October 4th, 2010 and expanded to a full website in March 2011. It’s not something I mention often, but for anyone who doesn’t know: AGBC is a one-man operation including all writing, on-scene reporting, social media, and website programming, and staying on top of everything requires being “on call” 24 hours a day. As I brainstormed about the site that would eventually become AGBC, it looked quite different than it is now, and there are still features that I haven’t had the time or resources to implement.

AGBC has been ad-free, but now has moved into running select advertisements. All AGBC ads are individually approved and come from reputable companies, so you will never see any spam ads or deceptive marketing.

The next step in moving AGBC to be ad-supported will be to add an AGBC Partner program where local businesses and brands can buy advertising on the site directly. Stay tuned for more info on this program and email ads@agreatbigcity.com if you would like to advertise on A Great Big City. 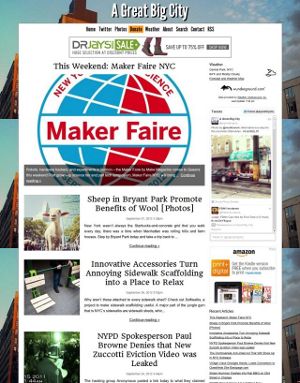 The index pages of the site now have larger images and a wider layout that adjusts to the size of your browser window. All pages currently work fine on mobile phone browsers, but the next step will be implementing a proper dedicated mobile layout. 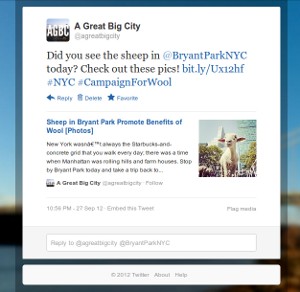 AGBC has been approved for the Twitter Cards program, so that now, when you post an AGBC story to Twitter, it will show up with a short excerpt and thumbnail image!

New on the Contact page is a section that explains how anyone can contribute to AGBC. If you have insider info about a story, tips on something that needs to be reported, or even a fully-written opinion piece, send it in and it may be made into a full post on AGBC! 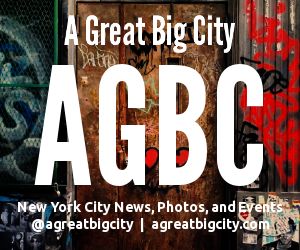 In addition to running ads on this site, AGBC is also being promoted across the web! The two ads above are some examples of the banners you may see on other websites you visit. The ads are made with photography from the AGBC Instagram account.

If you’d like to run AGBC banners on your site or exchange ad space, get it touch and I’ll give you all the details.

Starting AGBC from scratch has been a difficult but rewarding adventure, and it has been encouraging to see the community grow around the site and to further become a part of the New York City news scene. Thank you to everyone who visits the website, follows @agreatbigcity on Twitter or Instagram, and promotes AGBC by sharing links and telling friends about the site!