AGBC News Episode 40: The 1990s Murder That Made NYC Safer

Weather for the week ahead:
Rain tomorrow through next Thursday, with high temperatures peaking at 81°F on Saturday.

New York state consistently has one of the worst voter turnout rates, ranked 41st out of the 50 states in 2018 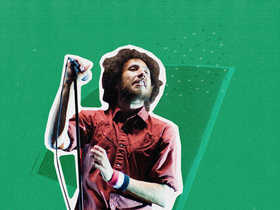 Rage Against the Machine with Run the Jewels

Rage Against The Machine Run The Jewels