Water main break at Broadway and 111th in Manhattan

A water main break at 111th and Broadway near Columbia University in Morningside Heights will be disrupting traffic.

Just before 9am on Friday, February 7th, the city Emergency Management office posted a notice that the area should expect to see emergency vehicles and traffic delays in the area, and videos posted to social media showed the pavement bulging with water gushing out of the southbound lane of Broadway north of 111th Street.

Update: Broadway has been closed up here because the road looks like it's going to collapse. Looks like I might be getting off work early... pic.twitter.com/xhpsujrkED

The live traffic map from Waze showed heavy delays in the area, which are likely to continue as the road will need to be excavated to repair the damage below the pavement. 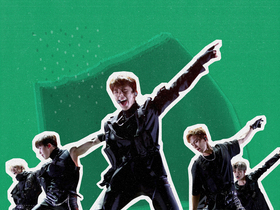