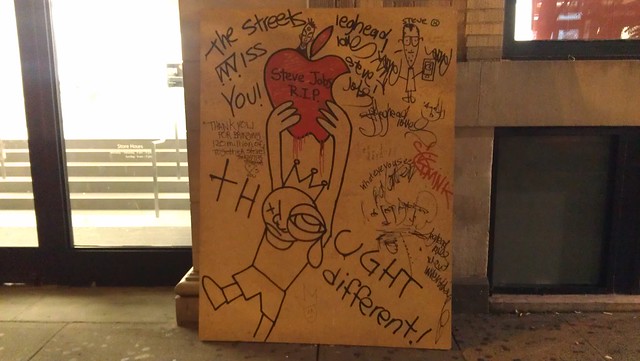 In addition to the tributes to Steve Jobs seen last week, a new memorial was placed outside the SoHo Apple Store: a piece by street artist “The Me Nobody Knows” or TMNK.

Most known for the “Nobody Loves You” / “Nobody Cares” tags (seen below), TMNK is also an accomplished mural artist. 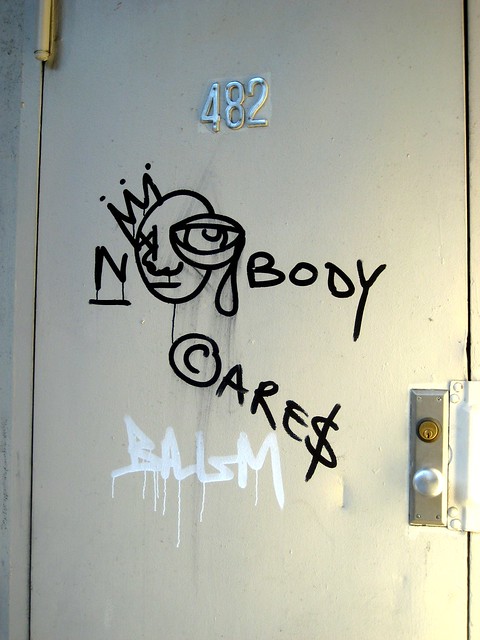 In addition to the larger canvas, which is currently propped up outside the Apple Store entrance, there is a smaller piece at the same store, near the Post-it notes and flowers: 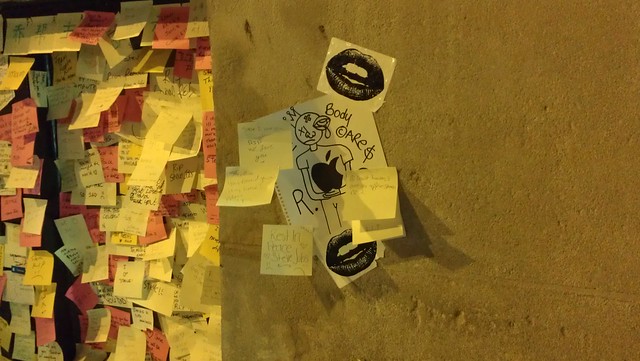 A Day in the Life of a Nobody – TMNK’s blog

‘So YOU Wanna Be a Street Artist?’ by TMNK