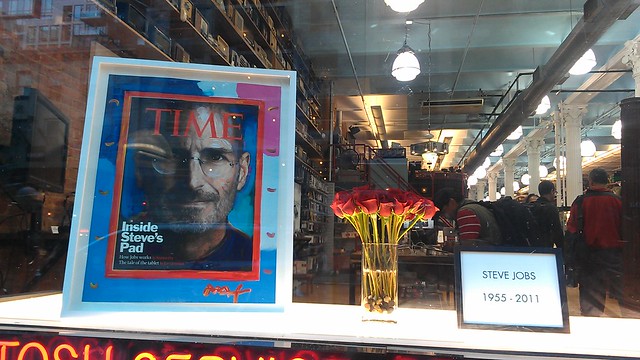 Tekserve, which is a leading Apple service store, had a simple, dignified tribute in their window on 23rd Street, with a portrait of Steve Jobs on the cover of TIME magazine from April 2010, a vase of roses, and a sign reading “Steve Jobs 1955 – 2011” 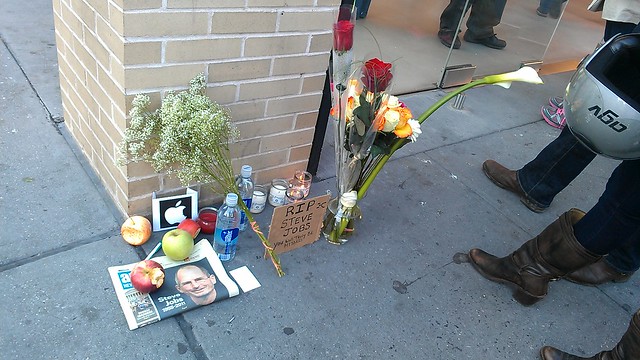 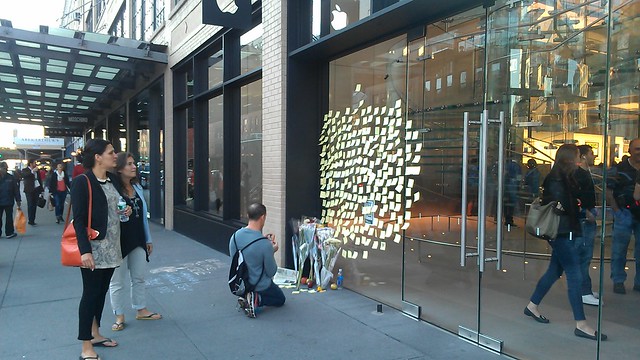 At the Apple Store in the Meatpacking District, two windows were covered in memorial messages on Post-it notes and there was a gathering of memorial items at the corner of the store, with apples, candles, flowers, and the October 5th issue of AM New York, in which the cover story was the death of Steve Jobs. 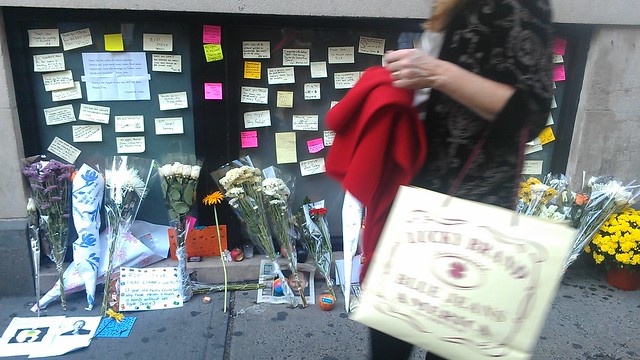 The SoHo Apple Store had a similar Post-it note memorial along its bottom windows, with flowers and memorial messages placed along the sidewalk outside the store. 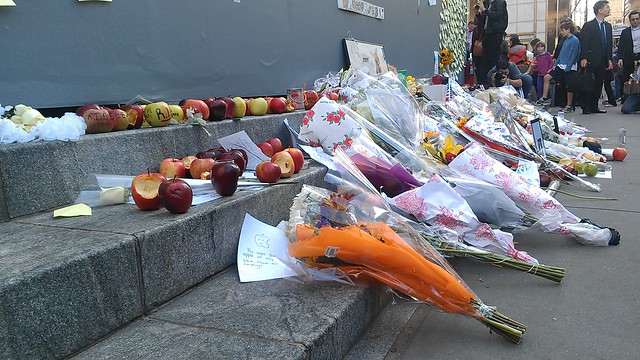 At the Fifth Ave Apple Store, the plywood surrounding the former glass cube was decorated with more Post-it notes, and had the largest display of apples and flowers.