Man Killed by 6 Train at Bleecker and Lafayette Street [photos] 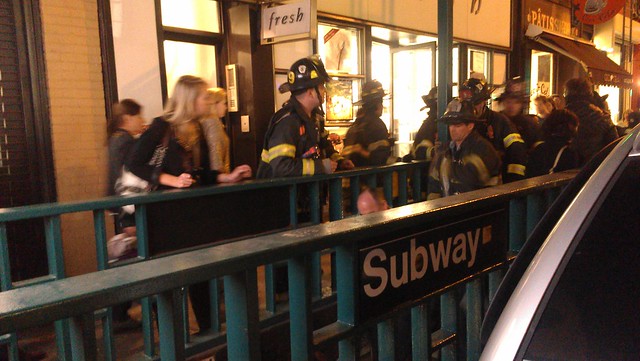 FDNY heading in to the 6 Train station at Spring Street

On Wednesday evening, a man was struck by a north-bound 6 Train near Bleecker Street Station and was pronounced dead at the scene. It was unclear why the man was wandering on the tracks between stations. 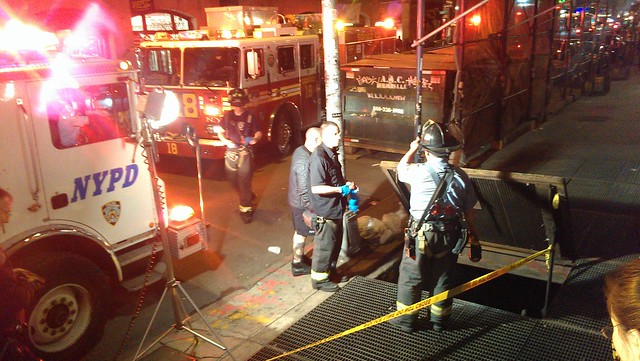 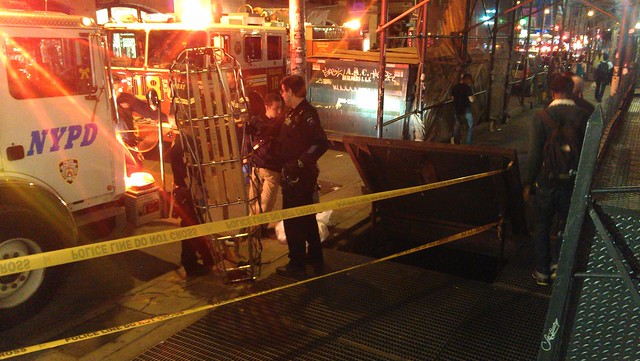 FDNY, NYPD, and EMS workers descend the access stairs to the subway

Six Train service was stopped for almost two hours due to the accident investigation, and emergency workers at the Spring Street station said that people were being evacuated by pulling two subway trains next to each other, placing ramps between the open doors of both trains, and having people exit by passing from one train to another, then into the station. 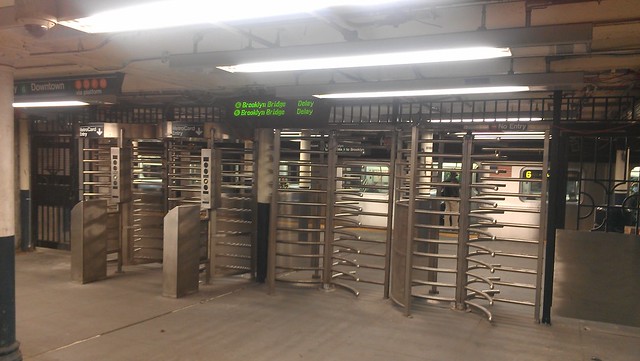 Train stopped in the station at Bleecker Street, with digital signs showing delays