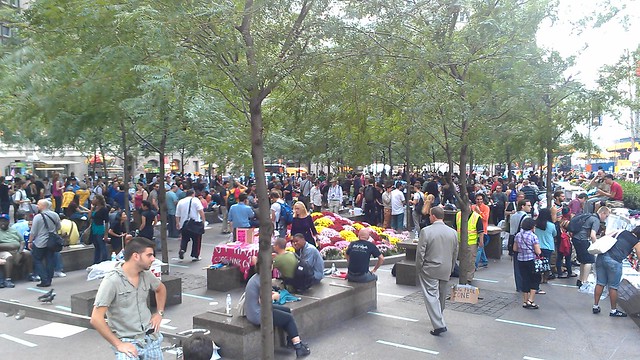 The scene in Zuccotti Park on Monday afternoon

After this weekend’s protest march and arrests near Union Square, there were still a great number of protesters camped out in Zuccotti Park as part of Occupy Wall Street. The weekend had increased both the attention that the protest was receiving from the media and the number of participants who were willing to join in the marches and demonstrations.

The mood was much subdued compared to Saturday, when the police presence around the park was increased after the arrests near Union Square. On Monday, there were far fewer police and mostly quiet conversations were being held in the park.

A walk through Zuccotti Park on September 26th

At 6pm, the protesters gathered and began to march out of the park, heading east into the financial district, then marched along Wall Street itself, moving along the sidewalks which were still lined with police barricades. There was little tension between the protesters and police, with only a few warning calls over police bullhorns to stay on the sidewalk. 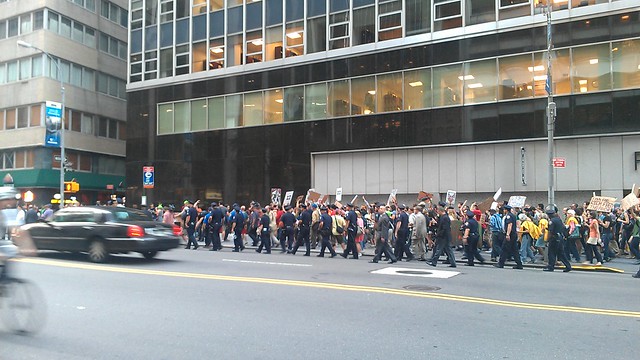 Protest marches along Water Street before turning on to Wall Street 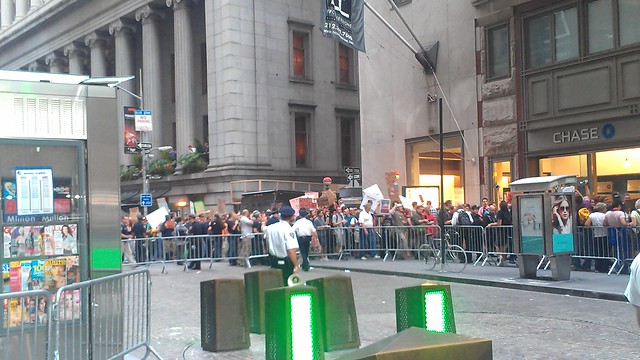 As the demonstration arrived back at Zuccotti Park, the biggest surprise of the day was in store – Michael Moore was in Zuccotti Park to show his support for Occupy Wall Street!

View a slideshow of all photos from Monday:

If you see a damaged, broken, or dying tree in the city, you can submit a tree service request notifying the Department of Parks Forestry Division of the location