The Woolworth Building Shows Off Some New Colors

After noticing a new color in the skyline on Monday night (seen below), I decided to take a trip to the Woolworth Building and try to find out why the building had changed from its normal golden lighting to red/pink and green. 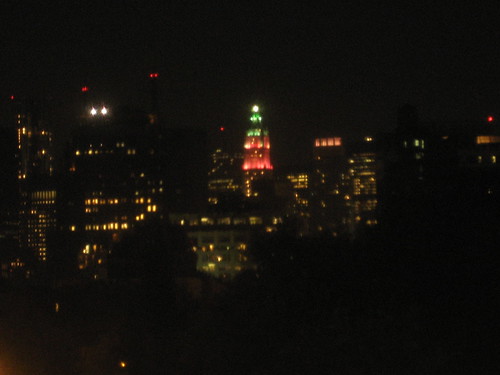 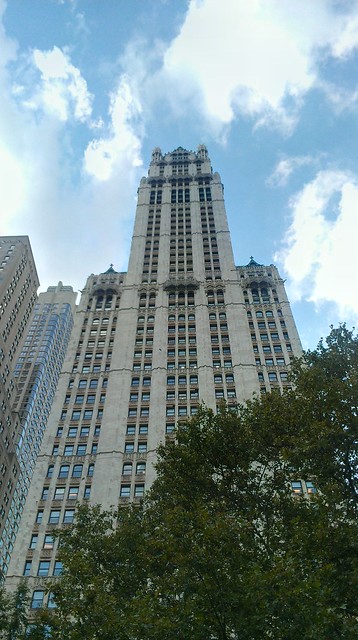 I took a walk around the building and didn’t see any indication that the building was celebrating an event, so I decided to try the impossible – ignoring the “Tourists stop here” signs and entering the fabled lobby of the Woolworth Building.

Luckily, the staff at the front desk was friendly and didn’t match the secretive reputation that the building has gained. However, they were also just as baffled as I was about the new colors lighting up the rooftop.

Later in the day, I walked back to the building and waited for the decorative lights to turn on and see the new colors up close. 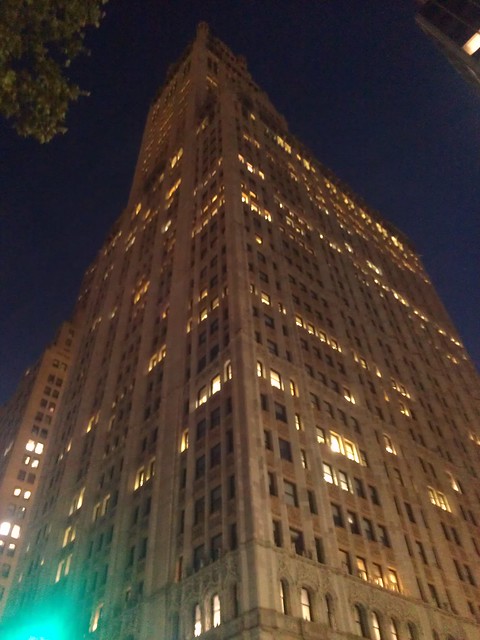 Sure enough, when night fell, the Woolworth once again lit up in pink or pale red with green accents! 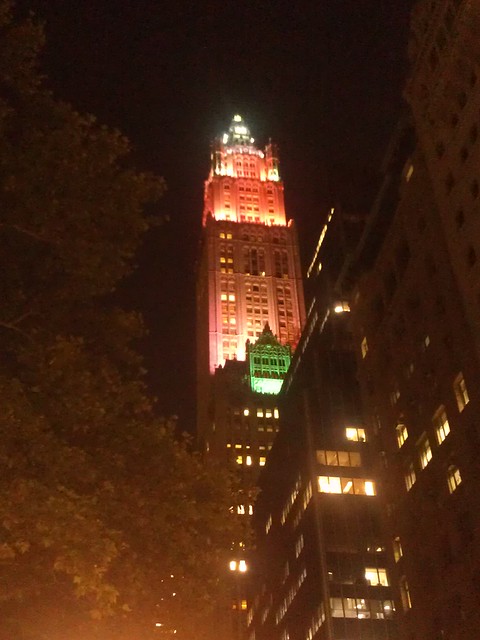 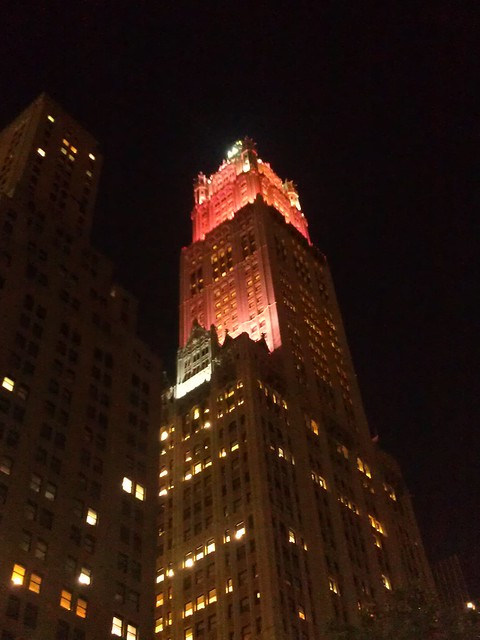 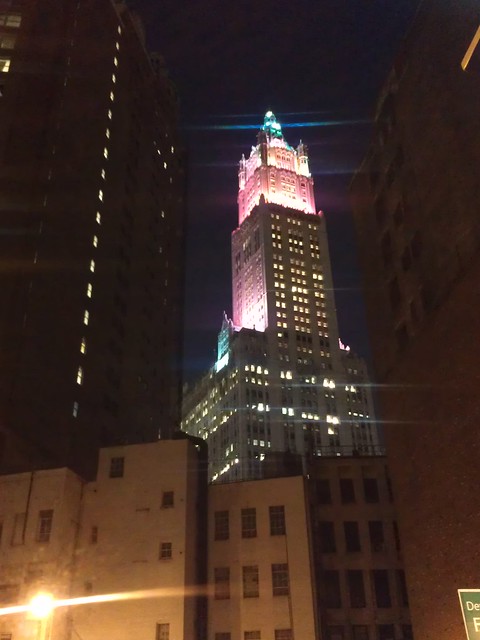 For now, the colors are still a mystery. I couldn’t find any PR contact info for the Woolworth Building, and my trip to the building itself resulted in a rare look at the lobby, but no new information. One possible explanation is that the pink color is in support of the Susan G Komen Foundation, which uses pink as its promotional color and will be holding its Race for the Cure on September 18th in Central Park.

If you have any information to share about the new lighting, leave it in the comments below!

Mystery solved! The Woolworth building and 22 other NYC buildings were lit pink on Tuesday, September 13th to show support for the Susan G Komen Foundation in an event called City in Pink. The buildings which lit up pink included:

Photos of the lobby of the Woolworth Building