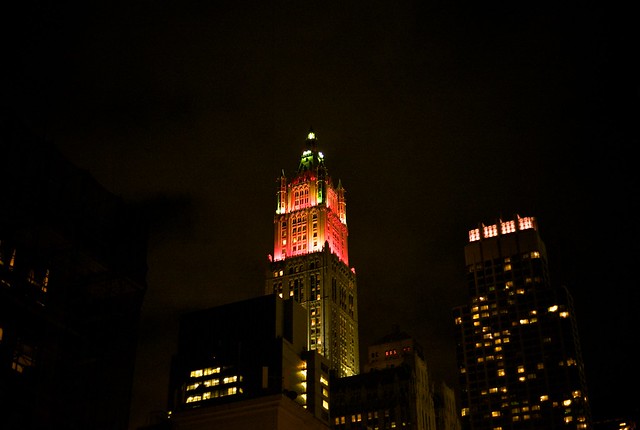 Woolworth Building in red via eugene yoo on Flickr

Did you notice something different on the horizon this evening? The Woolworth Building changed its accent lights from white to red tonight to honor Barbara Kruger and Bernard Tschumi as part of Storefront for Art and Architecture’s Spring Benefit, which took place at the Woolworth Building on March 29th, and a lucky few even got access to the upper terrace, which has been closed since World War I! 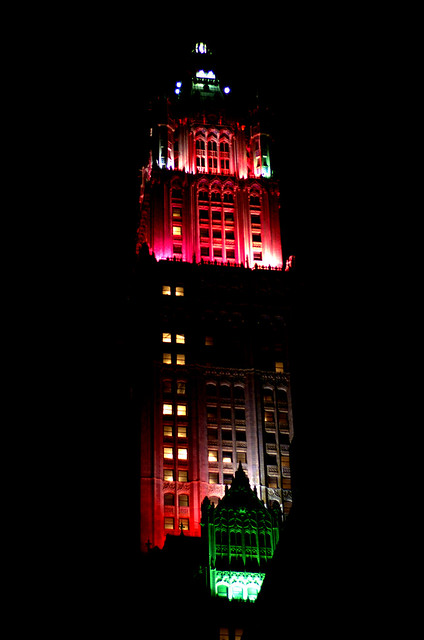 The building was lit in the same red/pink with green accents as last September, when the Woolworth Building celebrated ‘City in Pink’ with the Susan G Komen Foundation.