A horse-drawn bomb and a white male terrorist 😒

Weather for the week ahead:
Possible light rain tomorrow and Sunday, with high temperatures peaking at 84°F on Monday. 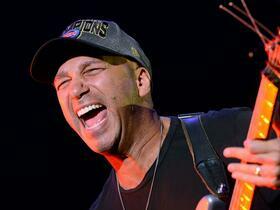 Rage Against The Machine with Run The Jewels

Rage Against The Machine Run The Jewels