[Update] – Amazon Lockers have also been spotted in Gristedes, D’Agostino’s, and Morton Williams, and check below for a view of what’s inside an Amazon Locker! 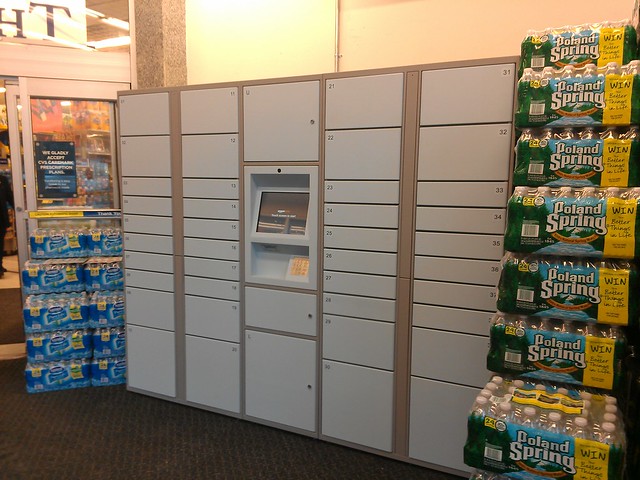 The large metal lockers are used as an alternate delivery location for packages ordered from Amazon.com, and the interactive touch-screen monitor is used to open the correct locker after you input your unique code, provided by Amazon. 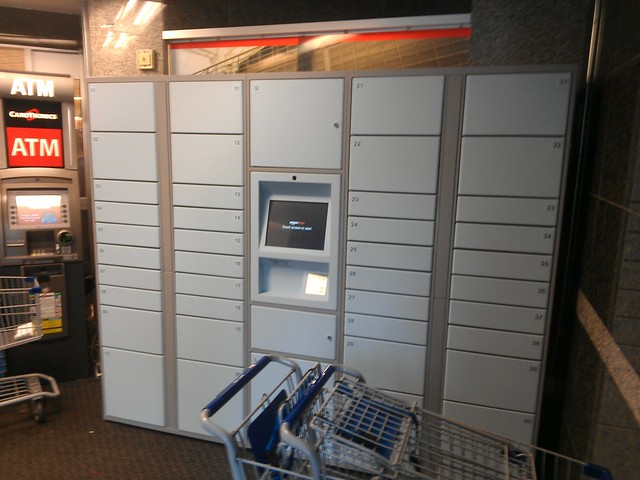 Their appearance is a bit of a surprise, as there is no information available about the roll-out of lockers in Rite Aid stores, and all news reports mention only Seattle 7-Eleven stores as the testing area for these new machines.

A test purchase at Amazon.com offered no option to ship to the new lockers.

Have you seen one, or used one? Leave a comment below!

Ever wonder what’s inside an Amazon Locker? A comment from David Walters shows the internals of an Amazon Locker in London, including the power supply, modem, firewall, and control boards. Check out the slideshow below:

The Daily reports on the new lockers